The Baltic is a sinister sea

Despite being a nearly closed sea and not much indepth, the Baltic Sea is rich in maritime disasters.

Especially during WWII there were many sinking boats, many of them full of civilians. The last one 7 September 1994 (Finland). 852 dead and 137 survivors in the sinking of the Estonian ferry linking Tallinn with Stockholm.

One of the worst desasters was the Soviet evacuation of Tallinn, also called Tallinn disaster or Russian Dunkirk, was a Soviet operation toevacuate the 190 ships of the Baltic Fleet, units of the Red Army, and pro-Soviet civilians from the fleet's encircled main base of Tallinn in the Soviet Republic of Estonia ( That belonged to Russia from XVIII century ) during August 1941. 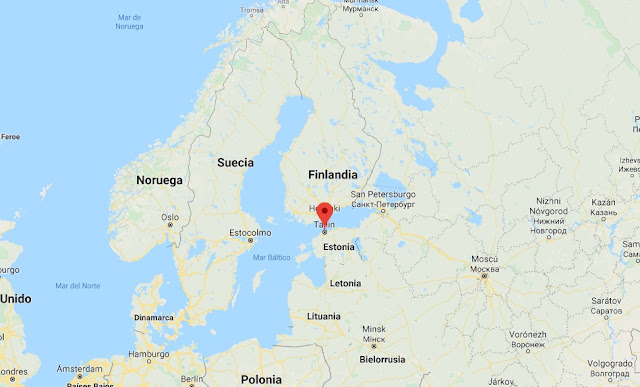 As is often the case when the victims are Russian, the facts are minorised or blamingly concealed. No doubt because humanizing the enemy is against the rules.

Given the German advance and the atrocities they were committing against civilians in their way, the Soviet command considered it convenient to evacuate the Russian fleet so that it would not fall to the invaders together with the maximum number of civilians possible.

In expectation of a Soviet breakout, the Kriegsmarine and the Finnish Navy had started on 8 August 1941 to lay minefields off Cape Juminda on the Lahemaa coast. While Soviet minesweepers tried to clear a path for convoys through the minefields, German coastal artillery installed a battery of 150 mm (5.9 in) guns near Cape Juminda and the Finnish navy gathered their Flotilla with patrol boats VMV9, VMV10, VMV11 and VMV17. At the same time the German 3. Schnellbootflottille with E-boats S-26, S-27, S-39, S-40 and S-101 was concentrated at Suomenlinna outside Helsinki. German bombers based on airfields in Estonia were put on alert. 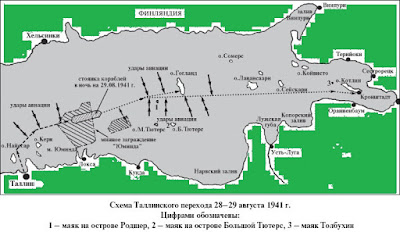 The Gerrnans started their  attack on Tallirm on August ]9, but the Russians, supported by the guns of the coastal defences and warships were able to hold their ground for nearly a week, 011 August 26:r however, the Cermans broke ínto the city, and the Russian Suprerne Comrnand ordered the evacuation
of Tallin, , Afrer two more days of intenslve streer Ilghtlng, the convoy of troop transports and warships sailed frorn Tallinn harbour. The Germans claimed that "not a single ship" would be able to leave Tallirm; but, according tq, the Russians, "most" of the ships, including the flag-ship Fivfinskr got through, despíte constant attacks frorn German aircraft and torpedo boats, and floatingmines whích the Gerrnans had scattered throughout the Gulf of Finland.
During the night of 27/28 August 1941 the Soviet 10th Rifle Corps disengaged from the enemy and boarded transports in Tallinn.
The embarkation was protected by smoke screens, however, the mine-sweeping in the days before the evacuation began was ineffective due to bad weather, and there were no Soviet aircraft available for protecting the embarkation. This, together with heavy German shelling and aerial bombardment killed at least 1,000 of the evacuees in the harbour.

On 28 August Luftwaffe bomber sank the steamer Vironia, the  Lucerne, the Atis Kronvalds and the  ice breaker Krisjanis Valdemars. The rest of the Soviet fleet were forced to change course. This took them through a heavily mined area. As a result, 21 Soviet warships, including five destroyers, struck mines and sank. On 29 August, the Luftwaffe,  accounted for the transport ships Vtoraya Pyatiletka , Kalpaks and Leningradsovet  sunk. In addition, the ships Ivan Papanin, Saule, Kazakhstan and the Serp i Molot were damaged by I./KG 4, which also sank three more. Some 5,000 Soviet soldiers died.
Later that evening the armada was attacked by Finnish and German torpedo boats, and the chaotic situation made organized mine sweeping impossible. Darkness fell at 22:00 and the Soviet armada stopped and anchored at midnight in the heavily mined water.
Early on 29 August Ju 88 bombers attacked the remains of the convoys off Suursaari, sinking two transports. Meanwhile, the undamaged ships made best speed to reach the safety of the Kronstadt batteries. The heavily damaged merchant ship Kazakhstan disembarked 2300 men of the 5000 on board before steaming on to Kronstadt. In the following days ships operating from Suursaari rescued 12,160 survivors.

The biggest losses were suffered by the trawlers and destroyers trying  to take the Convoy through the Gerrnan rníneflelds. In the end, the "greater part" of the ships, carrying several thousands soldioers, landed ein Kronstaadt or Leningrad.
The Russian naval garrisons of Dagö, and other íslands off the Estonian coast, held out till the middle of October, when the 500 survívors of the defence of Dagö succeeded in sailing under cover of night to Hangö, the Russian naval base in Finland, which was then stíll in Russian hands, 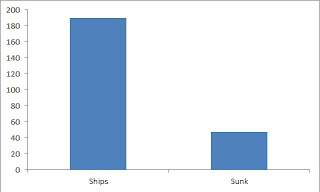 The Soviet evacuation of Tallinn succeeded in evacuating 165 ships, 28,000 passengers and 66,000 tons of equipment.The evacuation of Tallinn succeeded in recovering 165 ships, 28,000 persons and 66,000 tons of equipment, but the losses were more than 12,000 military and civilian dead as well as 13 warships and 34 merchant vessels.

The evacuation may have been the bloodiest naval disaster since the battle of Lepanto
But unknown for the Westerners.


The numbers are cold, 12,000 dead dozens and sinking ships do not impress us much, but when we put the magnifying glass on the disaster and see the people and their dramas, everything is very different.

Harrison.E. Salisbury in his book "The 900 days" give us more human details.

"Aboard the Virona it was also the mess hour. Mikhailovsky, his notebook in hand, sat down at the long table. Among those waiting on table was a young girl with black braids, sensitive face, blue eyes. She looked to Mikhailovsky like a girl graduate. After dinner everyone went on deck to atch the German planes. The girl, her hair neatly braided, stood next to Mikhailovsky.
"How strange war begins", she said."So unexpected. I just don´t understand anything".
"Are you from Leningrad?" he asked.
"Yes", she said, " and I Happened to be in Tallin quite by accident".
The talked for a while, then the ship moved on to the east.....
.......
The whistle of falling bombs filled the air.Suddenly Mikhailovsky felt the ship shudder. The deck under his feet seemed to rise up. The next moment he was under water, sinking to the bottom. To the end. So it seemed. Then he rose.......
...............
He felt something in the water-something firm and cold.He turned about and saw a body floating, the skull crushed an the face a mass of pulp. Only by the black braids did he recognice the schoolgril from Leningrad who had found hersef in Tallin by sheer chace."


" A sailor on the gunboat Sneg saw the Virona sink. The passengers were mostly staff of the Baltic Fleet, officer´s wives, propaganda workers, newspapermen, Party officials,The quarterdeck was crowded, but in the sea the sailor colud perceive the dark figures of people swimming. Across the watery expanse heheard the faint sound of the Internationale. The crowd on the deck was singing, ant the stirring strains rolled over the waves. Then the sailor heard the thin crack de shots and the yellow flash of flame as officers took their own lives in the last moment befor the shipp disappeared below the waves.
The Sneg picked up dozens of survivors. Some of the womwn has lost all their clothes.Some of the men were histerucal. Later another gunboat picked up a woman who had clung to a German mine for hours before she was taken off. She was a commander´s wife. She had sung the Internationale with the others . But she put no bullet in her head. She simply leaped into the water and eigteen hours later was rescued.
Anataly Tarankesov jumped from the ship in full uniform, wearing his greaycoat, hispocket filled with manuscripts and notes, his pistol in his belt. He joined a circle of passengers who were holding hand and attempting to support each other with the help of life belts. Soon his limbs grew stiff, and he slowly swamoff. How long he had been swimming he don´t know when a tug appeared and he was hauled aboard.".

At the end of World War II the Germans tried their own medicine. Before the advance of the Russian army, attempts were made to evacuate civilians from East Prussia to the west by ship, and several ships were sunk, including the Wilhem Gustoff on January 30, 1945 with a total of 10,582 passengers and crew. From them 9600 were dead.

All four captains on the Gustloff survived and that its sinking, but an official naval inquiry was started only against Wilhelm Zahn. His degree of responsibility was never resolved. There does not seem to be much value on their part as the Costa Concordia captain recently also demonstrated.
Posted by cc at 11:22 No comments: 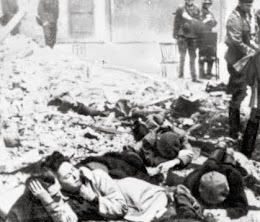